Note: We suggest using the default 2-pane view when working with images; if you're in 1-pane view the image could move off the screen as you scroll down to read all the comments.

An image less than 50x50 pixels won't have a commenting toolbars; they're too small to have clearly defined areas, and big toolbars would be visually distracting. Instead, you comment on it by double clicking the image (or the paragraph number) to make a Whole Image comment; if the comment does relate to a specific area, just refer to that area at the very beginning of the Summary of Comment field.

Small images include both:


An image larger than 50x50 pixels can have Whole Image comments too. When you comment on a larger image with the toolbar, however, you can also indicate a specific area of the image you're commenting on, so that afterwards anyone looking at the image can immediately see that that area has a comment (in-context commenting!).

A commented area of an image is shaded in a yellow box with a comment balloon in the upper right hand corner showing how many comments there are. For example, this portion of the Mona Lisa painting has two comments about her eyes and one comment about her ear: 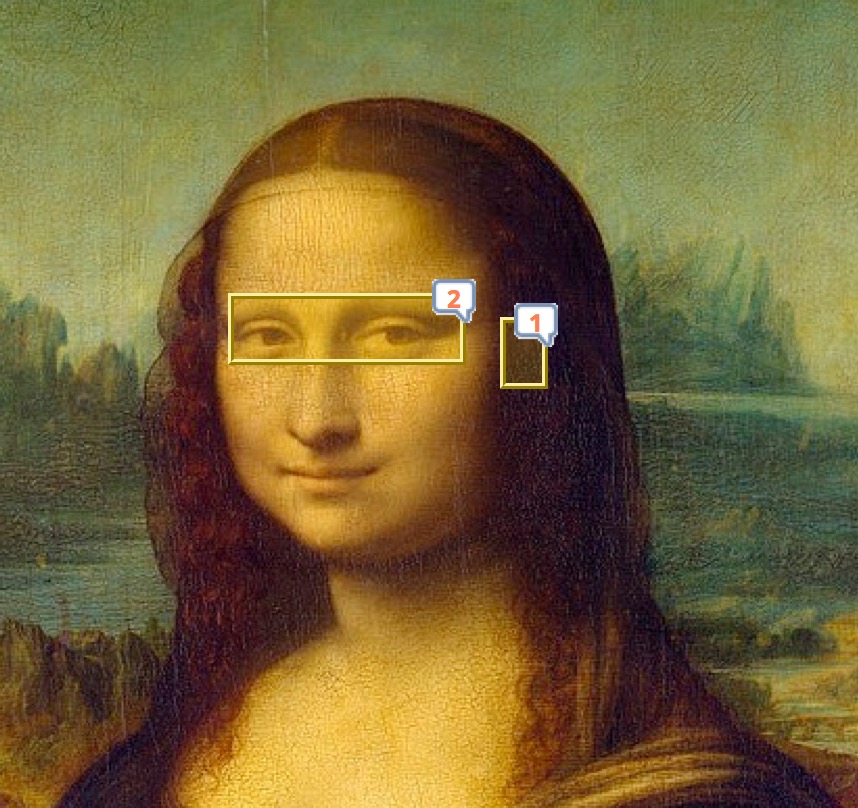 Areas can be nested, i.e. on a map a city can be inside a state/province which can itself be inside a country, etc.… and you can easily keep each conversation separate from the others! In the map below, the state of New York is its own area but is also part of the larger East Coast USA area (each area has one comment): 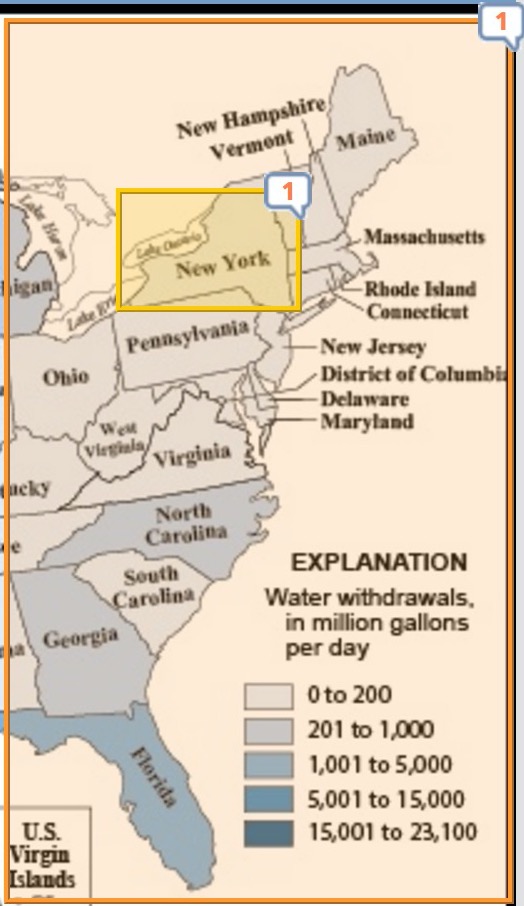 The comments themselves appear in the same comments area where text comments appear.

Large images will have a light blue Image Commenting Toolbar (unless disabled by the Document Owner, see below) with these four elements: 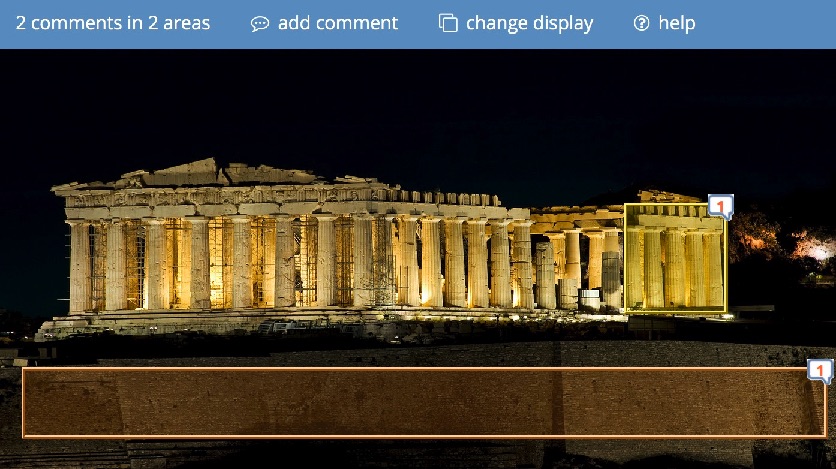 
This pulldown menu provides one action link at the bottom, to start a Whole Image conversation (in addition to the two methods described above for Whole Image comments on small images) and three hints for making other kinds of comments: 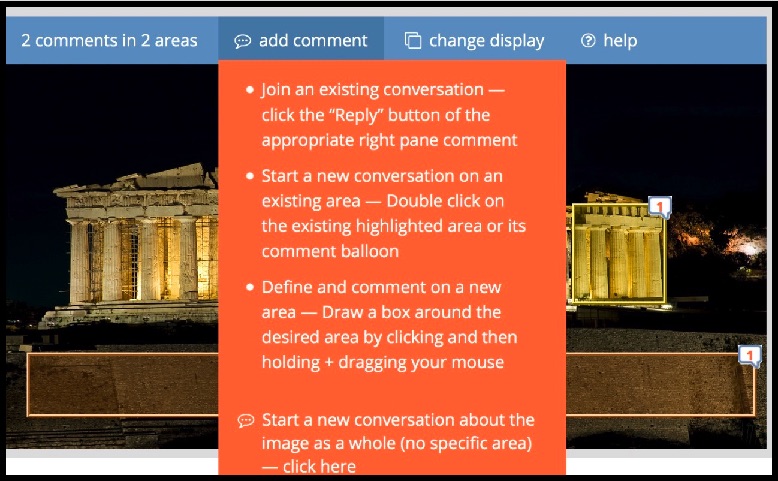 Areas and Comment Balloons show by default, but this option lets you hide either or both if you want a cleaner look at the original image.


For additional information beyond what's in the “Add Comment” click this “Help” link to go to https://nowcomment.com/help/image_commenting